Bicycles are increasingly becoming a convenient type of transportation – especially in states such as California where the weather is warm year-round. Riding a bicycle can also reduce time spent in traffic and other costs, such as gas, insurance, and parking. However, as convenient as riding a bicycle may be, it can also be dangerous. 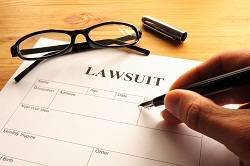 Unlike motor vehicles, bicycles do not have safety features such as seatbelts and airbags. Therefore, in the event of an accident, bicyclists are more susceptible to suffering serious injuries. Bicycle accidents involving a car or truck can be even more serious or even deadly. Of all of the different types of bicycle accidents, being struck by the front of a car or other motor vehicle is the most common type of accident. Front impact bicycle accidents are also the likeliest to result in death or traumatic injuries.

There are a lot of different ways a bicycle versus car accident can happen. Below are the five most common scenarios resulting in a front impact bicycle accident.

A right-cross accident results when a motorist pulls out of a driveway or from a side street, crashing into an oncoming bicyclist that the driver failed to see. California Vehicle Code § 21804 requires all motorists to yield the right of way to oncoming traffic before entering a road from a side street or driveway, including bicyclists. If a driver does not look both ways and ends up colliding into an oncoming bicyclist, they may be held liable in a resulting personal injury lawsuit.

2. Right-Turning Vehicle Colliding Into a Bicyclist in Crosswalk

Another common front impact bicycle accident involves a motorist turning right and crashing into a bicyclist in the crosswalk. In these types of accidents, the bicyclist may bear some fault for improperly using a crosswalk instead of using the streets to cross an intersection.

Bicycles are considered to be operating moving vehicles under California law. This means they are subject to the same rules of the road, including moving with the flow of traffic. When a bicyclist rides the wrong way on the street, it can result in serious accidents.

A front-end bicycle accident can also be commonly caused by a motorist who decides to turn left onto a side street or into a driveway, crashing into an oncoming bicyclist. Motorists are likely to be found at fault in these types of accidents.

Right-hook bicycle accidents commonly happen when a vehicle passes a bicyclist and then suddenly turns right onto a street, crashing into the bicycle. These accidents generally happen when drivers misjudge the speed of the bicyclist. Motorists are typically found at fault for causing these types of accidents.

Consult with a Personal Injury Attorney in Los Angeles

For more information or to schedule a free consultation with an experienced personal injury lawyer in Los Angeles, call the Law Offices of Samer Habbas today at 888.848.5084.